Launching a Food Mart on Chicago’s West Side

In our inaugural project, we partnered with By The Hand Club for Kids, an after-school program for children who live in under-resourced neighborhoods. In June 2020, our athletes and By the Hand conducted several workshops in the Austin neighborhood on Chicago’s West Side. We engaged with residents and participated in “peace circles” in which youths discussed important issues affecting them. The goal of these workshops was to listen to local residents and consider ideas to create structural change in their community. 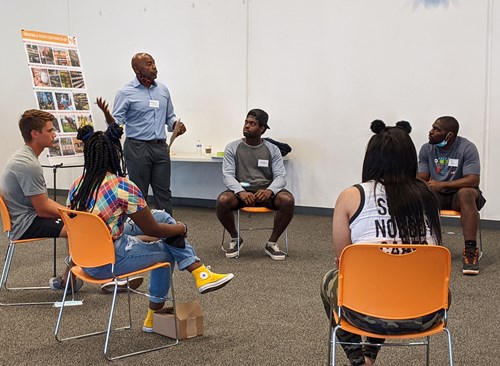 Among the issues discussed was the lack of healthy food options in the area. Austin is the second-largest neighborhood in Chicago by both landmass and population and, yet, is considered a food desert. By The Hand’s research found that only two grocery stores served the community of over 85,000 residents.

We raised $500,000 from professional athletes to convert a liquor store into a food mart. The funds support the tear-down of the building that housed the liquor store and the subsequent construction of the mart in its place. Once construction is complete in 2021, the mart will serve as an option for Austin residents to purchase fresh produce and other items. It will also serve as an educational center where local youths can develop management and entrepreneurial skills.

Professional athletes from the National Football League, National Basketball Association, National Hockey League, and Major League Baseball, along with several public figures, joined Athletes for Justice, By the Hand, and local youths for the “tear-down” event in July 2020.

Athletes for Justice’s partnership with By The Hand exemplifies the organization’s goal to amplify local efforts to address structural inequities, including but not limited to food deserts and public health disparities. 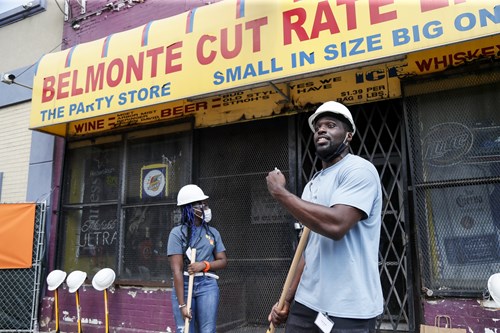 Your contribution will help support our mission to fund and amplify community efforts to fight structural inequalities.